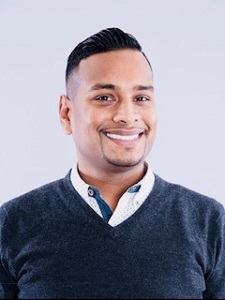 Christopher joined Douglas Elliman Real Estate in August of 2014.  He has been awarded by Douglas Elliman Real Estate “Chairman Circle Gold Award” from 2014-2019. He has been published by Newsday several times and recently was featured in Newsday in assisting first time home buyers. He received the award from Long Island Board of Realtors “Top 20 Under 40” by YPN in 2016. He currently serve as YPN President Elect for 2019-2020. He is also a Director for both New York State Association of Realtors, Northeast Queens Chapter and Long Island Board of Directors. With all his responsibilities, he still manages to find time to serve on several committees, professional standards being his favorite.

Prior to real estate, Christopher was raised in mortgage lending with a mother as a mortgage banker.  He started in Home Lending in 1999 with Astoria Federal Savings while in College working on his B.S in Finance. After College he worked for several of the largest banks in the country.  After the mortgage crisis, he continued to work in retail banking as a sales leader and opened the first Wells Fargo Bank Built in Hewlett New York.  He has maintained his relationships of all his customers through social media and friends from as early as elementary school. Many of these contacts have been his past and existing clients. Since entering real estate in 2014, his entire book of business has been built on his sphere of influence which was created through social media Facebook and Instagram making him the top producer he is today.

Stay up-to-date by following in our social media accounts